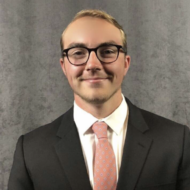 This user has not added any information to their profile yet.

Nick is a Senior in Aerospace Engineering from Lake Zurich, IL. He was first nominated as a Supreme Court Justice in 2016 and was kind of like Luke Skywalker living on Ahch-To, waiting to be found after the once mighty Supreme Court lost its way. Nick is currently working for NASA at Johnson Space Center as a Pathways rotational program intern. At NASA, he is supporting the efforts to bring the first woman and next man back to the Moon and beyond. His hobbies include watching westerns and old war movies with his grandpa, listening to the Chicago Cubs play, winning intramural broom-ball championships, and being a member of Tau Kappa Epsilon. Nick hopes to one day finally graduate and continue as an Aerospace Engineer, supporting NASA's mission to explore the last great frontier. He is also an Eagle Scout and tap danced once in high school.

Nick's only real goal is to make people laugh and make the most out of life along the way. Although he is balding, Nick hopes to have Pitbull shave his head for charity before he completely loses all his hair from stress. Sources are saying he may also want to learn to fly, run a marathon, and play the bagpipes, but these are just rumors at this time. For any follow up questions, please feel to reach out to him at any time. Dale and Ad Astra.

Statement from President Campbell and Vice President Decker Regarding the

Apply to be Election Commissioner! 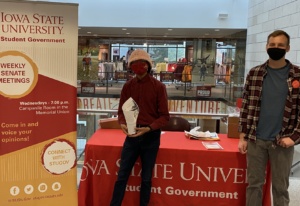 Join the super cool committee that gets stuff DONE! Here, 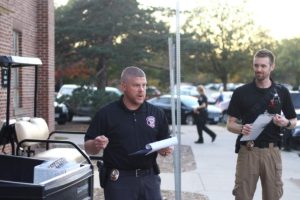 Thanks to everyone that participated in the Spring 2021 Safety